0 The Complete Truth About Men and Sex 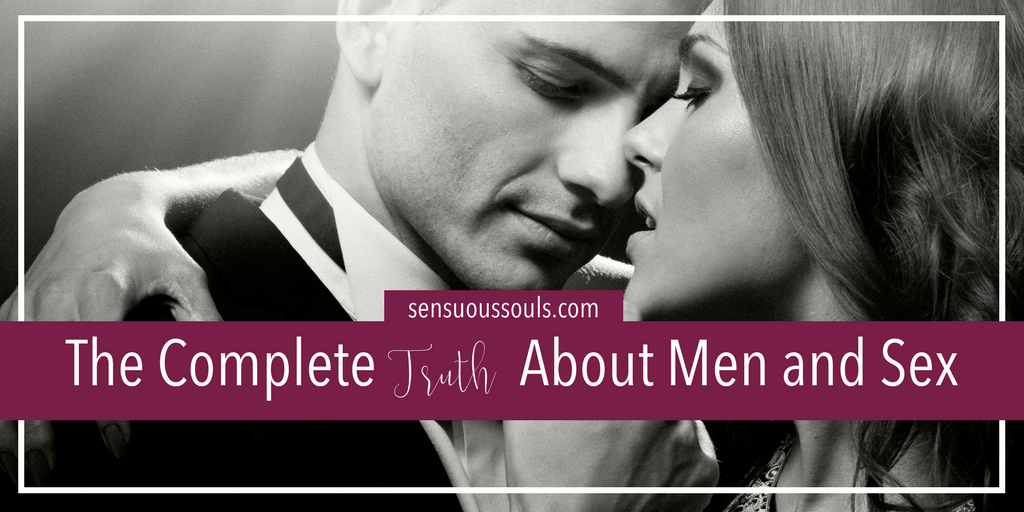 All men care about is sex. So the saying goes. But is it true? Actually, no! The truth about men and sex isn’t as transparent as you may have been led to believe. Men are commonly labeled as immature regarding their sexuality. They don’t take it seriously. That can lead to miscommunication and misunderstandings with their partners.

Many couples face challenges when it comes to the physical aspect of their relationship. Sexual differences between men and women can make it confusing for couples to communicate with each other. Perhaps identifying what women believe about men, and determining whether it’s true or not can help us better understand relationships and sex. Let’s break down the myths and how factual they are.

The Complete Truth About Men and Sex

Men only care about sex.

When women make this assumption about men, it can lead to a confusing relationship that can end disastrously. Why? Because if women think that the men they date only want sex, they are going to give it to them right away. Ladies, there are plenty of other ways to be intimate that doesn’t include intercourse.

If a man can’t reach an erection, he must not be sexually attracted to his partner.

There are plenty of factors that contribute to sexual gratification, and attraction isn’t the only one. Diets and exercise can affect the sex life of both men and women. If a man is overweight, they will have a decrease in blood flow, which can prevent erections from happening. That’s just one of many reasons why they might be struggling.

Since it’s commonly believed that men only want sex, it’s natural to believe that they have a large number of sexual partners. This myth is true… sort of. Psychology Today points out that since men need a partner for intercourse, it would be reasonable to believe that the number of sexual partners between men and women would be the same. But they’re not.

However, according to that same article, men give estimates while women are more exact in documenting their sexual encounters. In other words, men look at sex completely different than women do. Surprise, surprise. So who really knows what the facts are?

Men are more likely than women to be unfaithful.

It’s seen time and time again. One partner can be unfaithful to the other. How likely is it that it was the man who was unfaithful? It’s hard for studies to show anything conclusive. One study claims that men are more likely to cheat at certain times of the year, like Christmas. Another one says that women who are most likely to be unfaithful are the ones that fake orgasms.

At the end of the day, you should focus on the red flags so that you can prevent unfaithfulness in the first place.

Men can actually experience an orgasm without ejaculation. So women can be rest assured that they don’t have to focus on reaching that point during every sexual encounter. It can be a complex process, but understanding it can increase your chances of boosting pleasure during intercourse.

How great the sex is depends on how deep and intimate the relationship is.

Every couple is different. You have to figure out what works best for you and your partner. Priorities vary from couple to couple. Many couples assume that there is a certain number that is considered normal. Anything below that means that there is something wrong with the relationship. That’s simply not true.

Any man can learn to control his ejaculation.

Some men will face pre-ejaculation at some point in their lives. It can be humiliating, but according to one doctor, there are some ways to control it.

If you want to learn more about male sexuality, then check out this book. Get in the minds of men and see what they really think about sex.

What do you think when you heard the truth about men and sex? Did we cover the myths that you’ve heard before?